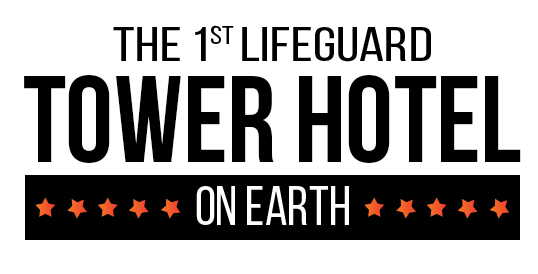 THE CITY OF TEL AVIV

THE ISRAELI MINISTRY OF TOURISM

Over the last several years, Tel Aviv has enjoyed a significant rise in its international brand awareness. This is the result of a combination between a high media-profile (mainly due to geopolitics) and a significant internationalization of the city’s residents and business sector (due to development of its innovation economy).

While this rise has contributed significantly to the city’s international standing, it has yet to be translated into a significant rise in tourism figures (awareness has yet to drive demand for the brand). Tel Aviv’s brand strategy is to
further develop brand awareness through early adopters and to create a direct connotation between the city’s brand and tourism trends (including alternative accommodation, beach-city life, arts and culture, culinary scene, etc.).

A significant opportunity is the city’s combination of a developed urban scene and a world-class beach. This is unique in the sense that the world’s leading cities tend not to be located by the beach (or well connected to one) and
the world’s leading beaches tend not to be in urban areas. A second opportunity is the city’s winter weather- with a Mediterranean climate within a 5 hour flight of all European hubs.

a. A decision was made to focus on earned international media, as opposed to bought media. The goal of the entire campaign was to generate international media coverage.
b. The composition of partners in the campaign was of organizational importance: it was decided at an early stage that the campaign would be in partnership with the national Ministry of Tourism, in order to allow for maximizing funds and resources.
c. As Tel Aviv is a city without a well-known international icon or monument, it was decided that the lifeguard towers are the best iconic representation of the cities city’s beach.
d. In addition to partnering with the national government, we sought a partnership with an international large scale
tourism sales site that could allow for additional exposure, but also promote hard-sale of tourism packages to the city (Hotels.com)
The overall objective of the campaign was to drive international media coverage regarding Tel Aviv as a winter destination. Extensive use of social media was incorporated as well. As Tel Aviv does not share a common language with any of its target markets, a decision was made to focus on Instagram as a predominantly visual medium.

In February 2017, we transformed one of Tel Aviv’s iconic lifeguard stations (which at the time was not in use due to the fact that lifeguard services were not active in this season) into a luxurious designer “hotel room”. This was done
in partnership and by the design of The Brown Hotel Collection – a local leading designer-hotel brand, in order to ensure the level of design and that the highest level of hotel standards would apply. The idea was based on an
artistic notion presented in 2012 by local artists Anat Safran and Lila Chitayat.

The renovation costs were completely covered by local design chains and allowed for a complete revamp of the tower within several days and without any costs whatsoever.

Once the “hotel room” was ready, a social media campaign was launched, in partnership with the Israel Ministry of Tourism and Hotels.com. The campaign called on Instagram users from around the world to photo themselves in
bathing suits (in order to emphasize the “beach” aspect of the campaign), outside (in order to emphasize the contrast between the snow and cold in Europe and the sun and beach in Tel Aviv’s winter), and holding a sign with the hashtag “#TakeMeToTelAviv” (in order to ensure brand mentions and raise brand awareness).

In order to drive awareness to the campaign and ensure media coverage, a selection of celebrities and influencers from target markets were invited to stay at the lifeguard tower as guests, together with several winners that were
selected from the users who uploaded their photos.

The overall results of the campaign included over 350 mentions in international media (with an estimated reach of hundreds of millions of people), as well as over 300 million impressions on social media and Hotels.com.

The campaign was covered by all main news agencies (this was a specific goal that was set, and they were invited personally to come cover the launch of the lifeguard tower).

The results of the campaign allowed us to double the goal set for overall international media coverage and online engagement for Tel Aviv for 2017.