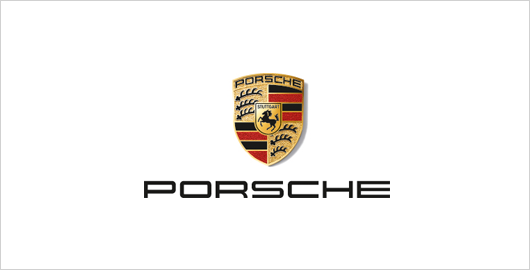 In 2019 Porsche unveiled their first ever fully electric vehicle- the Taycan. Designed with Porsche performance in mind, it’s quick, luxurious and it embodies the soul of Porsche’s iconic sports cars.

With electric cars becoming a huge focus for the auto industry, it was important to create an exceptional launch that delivered standout for Porsche.

As well as reaching traditional buyers, Porsche wanted to use this launch to engage the next generation of electric vehicle considerers – who Porsche has labelled the ‘Driven Youth’. The ‘Driven Youth’ don’t currently have a high affinity to Porsche and were not aware of the impending Taycan launch. However, we know that electric mobility is an interesting topic for them, and this launch represented an opportunity to engage them.

In summary the objectives were two-fold:

Firstly, the campaign needed to drive awareness of the Taycan by creating stand out vs. competitors within the increasingly crowded electric category.

Secondly, the Taycan campaign needed to create buzz and excitement that engaged the ‘Driven Youth’ audience. It needed to be conversation-worthy, surprising Porsche’s younger audience in key markets.

Among car fanatics the Porsche Taycan is one of the most anticipated vehicles in the electric category. But we had to work hard to appeal to the next generation of potential Porsche drivers, convince them that Porsche was a relevant brand for them, particularly in the dawning age of e-mobility. It was clear we would need to drive credibility with this audience via their trusted media sources.

They are more likely to reject traditional advertising.

In fact, they often go to great lengths to avoid it with increased use of ad blocking and cord-cutting. Our campaign could not be a traditional advertising campaign. It must be entertaining content within the fabric of their preferred media.

These helped to develop the creative solution.

The creative agency defined a brilliant creative idea to emotionally charge the topic of e-mobility. They created Electricity as a real-life character who couldn’t wait to drive a Taycan, sending a message coded message to Porsche. Initially it was crucial to keep Porsche’s involvement secret to create a mystery that drove genuine engagement with the story.

Digital was an obvious choice to reach our audience, as the predominant channel where our audience consumes content. However, the digital world is crowded, we needed something more to land the campaign in a truly impactful and engaging way.

OOH Reimagined as Conversation Platforms.We needed some communications to live in the real world of the ‘Driven Youth’, but ordinary OOH would not be impactful enough to generate excitement. So, we created an OOH experience that reimagined some of the world’s most iconic landmarks as conversation platforms where Electricity and Porsche could communicate.

Amplified across social and millennial media.

Influencers were selected to witness the OOH experience and broadcast live to their Twitter audiences. VICE media was also chosen as a new partner for Porsche to film the OOH stunt and then seed video across their own platforms – a perfect way to reach the ‘Driven Youth’ in a credible environment. Additionally, we set up Electricity’s own verified Twitter page to enable direct messages to the ‘Driven Youth’ via a non- branded channel.

Carefully orchestrated communications ensured we maintained interest until the brand identity was revealed and users were retargeted as the story developed.

At launch it was crucial to maintain the mystery about Electricity’s communications, to provoke a conversation about the potential meaning of the messages. Phase 1: Electricity’s mystery message

Morse Code at the London Eye: A world landmark, the London Eye was secured as a canvas for Electricity’s first message delivered via an epic light and sound show. Flashing light pods synchronised with bleeps from a specially installed sound projection system communicated flashed Electricity’s message to the world in her mother tongue- Morse Code.

‘Hey Porsche, get me out on the road. Love, Electricity’.

A multi-platform partnership with Vice Media captured the spectacle and distributed video content across their network, as well as ‘Electricity’ YouTube and lnstagram accounts, without revealing Porsche was behind the message.

To fuel discussion, we arranged for Influencers relevant to the ‘Driven Youth’ to witness and broadcast the mysterious hijack via their Twitter channels.

Twitter users raced to solve the mystery of the London eye. Suggestions ranged from possible alien landings to a teaser for the new James Bond film. The day after the event and several thousand guesses later, one Twitter user deciphered the Morse Code; ‘Hey Porsche, get me out on the road. Love, Electricity’. This was shared and retweeted by @Electricity, revealing to the world its desire.

Hoover Dam projection: In phase 2 Porsche responded to Electricity in eye-catching style at the home of one of the biggest electricity sources in the US. Porsche projected a message onto the massive wall of the Hoover Dam in a guerrilla stunt conducted under the cloak of darkness saying;

‘Hey Electricity, all that cold water making you numb? Get ready to feel again . Love, Porsche’

The activation was captured and broadcast across the VICE Network and Porsche owned social and YouTube channels . Closing the campaign loop on digital channels, Twitter data on those who had viewed or engaged with @Electricity or promoted Influencer content, were re-targeted with the reveal film so they could see the full Taycan story.

An additional projection of Porsche responding to Electricity was carried out in Shanghai at the Magnolia Plaza for our China audience. Again, the stunt was filmed and amplified across highly relevant local social platforms, including Weibo, Wechat, Toutiao and TikTok.

With the Taycan not yet available in market, this campaign was never about generating sales. The campaign was about driving awareness and engaging a ‘Driven Youth’ audience with the news of Porsche’s first all-electric vehicle.

With the key metrics being reach and engagement, across our 5 core markets (US, UK, Germany, China and Japan) we:

Three influencers’ engagement rates were 3x higher than their average ER, with one influencer, @Tanya burr (3m followers) delivering 1.4m views across the partnership, receiving an ER of 22% during her live broadcast.

Our final piece of campaign content capturing the Hoover Dam stunt generated the highest level of completed video views, with 9.8 million people watching the full film, 3X higher than expected benchmarks. This creative was targeted to those who had engaged with earlier campaign content, demonstrating the relevance of the campaign message. The response on Twitter drove positive conversation around the campaign and new EV offering.

Social listening demonstrated that the campaign drove positive sentiment toward the brand from a ‘Driven Youth’ audience, with lnstagram (88% positive or neutral) ranking the highest sentiment of all platforms (source : Re-think/SocialBakers).