US Elections. What are the implications for business/trade around the world

Politics Reporter and author of the ‘Power Up’ newsletter

Jacqueline Alemany is a politics reporter at The Washington Post and the author of “Power Up,” The Post’s must-read, early morning newsletter that features news and analysis critical to the nation’s many power centers, including the White House, Capitol Hill, government agencies, the Pentagon and more. In the two years since she launched “Power Up,” Alemany has grown the newsletter’s readership more than 74%, distinguishing it with her conversational voice, fresh reporting and news judgement.

Alemany has broken stories for the newsletter on a range of topics including Michael Cohen’s submission of false insurance claims on behalf of President Trump; Democratic strategist Mark Penn’s role in advising President Trump on impeachment; the Trump administration’s decision to hold targeted sanctions against Chinese officials so as not to derail trade talks; the White House’s consideration of a new agency within HHS called the Health Advanced Research Projects Agency; and published news-making interviews with Dr. Anthony Fauci and EPA Administrator Andrew Wheeler. She also writes extensively on the topic of Millennial and Generation Z voters.

Alemany joined The Post in 2018 after six years at CBS News where she covered the White House during the early months of the Trump administration. In that role, she broke numerous stories, including scoops about Scott Pruitt’s excessive spending, proposed cuts to the White House drug czar’s office and the lack of staffers in the Office of Science and Technology Policy. Prior to that, Alemany was a digital journalist on the presidential campaign trail, covering the New Hampshire primary and the campaigns of Jeb Bush, John Kasich and Donald Trump in addition to reporting from the state of Ohio during the general election. She also has worked as a digital producer for “60 Minutes” and a broadcast associate for the CBS Sunday show, “Face the Nation.” 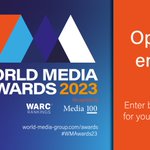 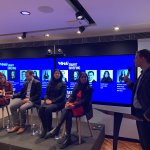 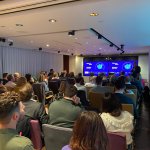 Reply on TwitterRetweet on TwitterLike on Twitter1Twitter
Load More...
logostack goes here
Don't have an account yet? Register Now