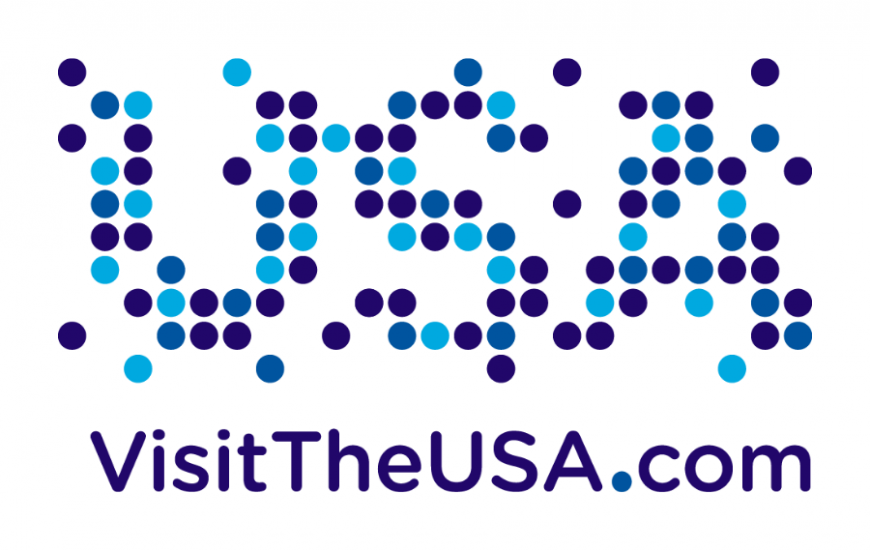 1. To illustrate the rich trailblazing musical history of America – in the full glory of its diverse genres and legends –
on the giant screen in just 46 minutes
2. To showcase the diversity of the USA – people, places and experiences – in an unexpected way that inspires and
welcomes new audiences to experience travel to the USA in
3. Create storytelling to do the above and leverage the right talent to connect with global audiences in over 100
markets in a personal, authentic and immersive way

Brand USA is at the forefront of delivering authentic, inspiring and entertaining content that connects travelers to
the USA’s limitless travel experiences. The film is the cornerstone of its “digital screen strategy” – mobile to giant
screen and everything in between – to drive storytelling that is relevant, engaging and real. Narrated by Academy
Award® winner Morgan Freeman, the film follows Grammy Award®-nominated singer and songwriter Aloe Blacc as he traces the roots of America’s music, following the footsteps of Louis Armstrong through the colorful locales and
cultures where America’s music was born. Audiences also meet iconic artists, musicians, and innovators including
Jon Batiste of The Late Show with Stephen Colbert, Gloria and Emilio Estefan, Dr. John, and jazz pianist Ramsey
Lewis.

To amplify awareness, Brand USA partnered with Shazam on OOH ads in international markets premiering the film
to promote user discovery, encourage ticket sales and inspire visitation with contest opportunities. Following the
success of our Outdoors initiative, we sought to create another immersive campaign around music to inspire
audiences worldwide to explore the many musical experiences available to them in the United States. At the center
of this campaign was our film, America’s Musical Journey.

The broader music campaign included:
A complimentary digital video series called “Hear The Music”. The series brings to life 10 cities across the United
States through the lens of 10 artists covering classic American songs while exploring the sights, flavors, and hidden
gems of the cities which have inspired their unique musical perspectives. (https://www.youtube.com/playlist?
list=PL82OxkDfKGadObpPhODoqJHLl_zht1t9o)
A global music content hub on our website in 5 languages and 15 countries. (https://www.visittheusa.com/music)
A Global PR and paid media campaign to drive awareness for the film, our “Hear The Music” video series and Music
content hub.
Music Partnerships with Spotify, Vevo, BBC, NBCUniversal, Beautiful Destinations, Expedia, Euronews
(https://www.euronews.com/programs/notes-from-the-usa) and Air Canada among others.

Embarking on an expedition that follows the beat of America’s trailblazing spirit into inspired creative territory,
Brand USA began working with MacGillivray Freeman Films two years ago to create America’s Musical Journey. Aloe Blacc traveled with the film crew to more than 10 of the most iconic cultural U.S. cities, uncovering America’s musical heritage – from New York and New Orleans to Chicago, Detroit, Miami and more. On February 15, 2018 Brand USA hosted the film’s world premiere at Smithsonian National Air and Space Museum in Washington D.C., followed by its global release at Smithsonian National Museum of American History. The film will continue to run indefinitely at the Smithsonian National Museum of American History’s Warner Bros. Theater. The film is currently playing in IMAX theaters in 75 theaters around the world, with plans to reach 100 within two years of the film launching.

The film has launched in 75 theaters around the world. It has generated nearly 2 billion impressions across earned
and paid media. The film has garnered overwhelming positive reviews and secured massive media coverage from
top-tier publications across entertainment, consumer, trade, and travel media such as New York Times, CNN, Rolling Stone, Travel Weekly, Cheddar, Associated Press, Variety, Press Association, CNBC, Xinhua, Press Trust of India, The Australian, Forbes, El Economista, HuffPost Mexico, the Sun UK and more. There have been more than 167 articles published worldwide – in the U.S., UK, Australia, China, India, Mexico, Brazil, Canada, Australia and more. MacGillivray Freeman’s America’s Musical Journey made its Asian debut at the 2018 Beijing International Film Festival, where it was awarded the “Best Audience Recommendation Award” in the Science and Technology section.