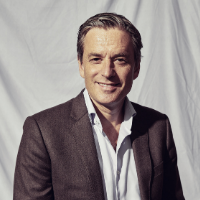 Tom Armstrong is the Vice President of Global Advertising at The New York Times. He joined the Times in 2017 and currently leads the international advertising team and is responsible for generating revenue from the Times’s multi-platform products and events and developing media partnerships with clients.

Previously, Tom was at Fairfax Media where he was the Chief Revenue Officer, leading a team across Fairfax Media’s publishing brands including: The Sydney Morning Herald, The Age and The Australian Financial Review.

Before joining Fairfax, Tom worked at Viacom in London in various senior international roles focused on building the digital business for their flagship brands: MTV, Nickelodeon and Comedy Central. He held several positions at Discovery Networks and worked for an interactive gaming start-up, Two Way TV, pioneering some of the world’s first interactive TV experiences.

He lives in Oxfordshire with his wife and four children.

Helping you manage your finances, live your best life and navigate your path to prosperity. Sign up for our personal finance newsletter: https://t.co/xGtYlRO4Bc

Citigroup said Ida Liu will become the firm’s global head of private banking as the bank continues to build out the new wealth-management unit it formed this year https://t.co/vbqW7jkr3P

Analysis: Is it possible that the partisan divide has stalled? https://t.co/NlXdzQYe0p