Focus on the story, not the content tools, says Raquel Bubar, director of T Brand Studio International at The New York Times, and a head judge of the World Media Awards 2017.

In the accelerating media arms race that is brand content, The New York Times is widely seen as having skipped to the front.

The publisher’s T Brand Studio unit has won plaudits for its work with advertisers including Netflix, UBS, Cole Haan, GE and Philips, and is branching out into the world of virtual reality and augmented reality with specialist agency Fake Love.

In 2015, The New York Times launched an international T Brand Studio team in London, now led by director Raquel Bubar, who moved over from the New York content operation. A primary objective, says Bubar, is educating clients that they should begin with the story, rather than abstract aspirations of documentary films or flashy infographics.

“The first thing we need to do, as a team, is to sit down and brainstorm effective strategies and effective ideas. We always ask ourselves, ‘What is the story we are trying to tell?’” says Bubar.

“We do have a lot of clients coming to us that want a menu of options – they want a video, or they want an infographic, as they’ve seen we’ve done that kind of work for brands before. They want to come and ask us to do that exact thing, but about them. So it’s our job to educate brands, and our job to tell them the best way to tell their story in whatever medium that might be.”

The past year has thrown marketing strategies, along with everything else, up in to the air. We’re keen to find out where the plans for international marketing in particular will land. Do you have 5 mins to complete our short survey? #wmawards21 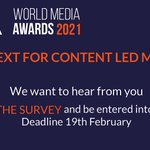 A new episode of our Podcast series, The Media Navigators, will be available tomorrow! #wmgpodcast #themedianavigators 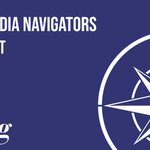 “The more data you have, the easier it is to find support for some spurious, self-serving narrative.

The profusion of data in future will not settle arguments:

It will make them worse.”

Thanks, Robinhood, but these traders now want professional help https://t.co/RWEjTdBw3z 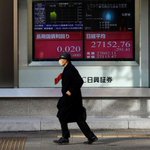