A new survey from the World Media Group (a strategic alliance of the world’s leading media brands) into content-led marketing shows that, although marketers are most likely to be using content-driven campaigns for brand engagement, they are not using engagement metrics as their primary KPIs. The survey questioned key influencers across advertisers, agencies, media brands and consultants.

It was carried out by the World Media Group (whose members include The Atlantic, Bloomberg Media Group, The Economist, Forbes, Fortune, National Geographic, Reuters, The New York Times, Time, The Wall Street Journal and The Washington Post) to provide context for its World Media Awards for cross-border, cross-channel content campaigns which close for entry on 7th February 2019. Its findings demonstrate that 49% of all respondents believe ‘brand engagement’ is content’s key strength (rising to 60% for advertisers), significantly higher than ‘changing perceptions’ at 28% and ‘building awareness at 17%’.

Content campaigns are being evaluated using traditional ad measurements: However, despite this it appears that marketers across the board are not yet focused on evaluating content campaigns against engagement metrics and are still favouring more traditional brand measures as KPIs. Twenty-six percent of respondents cite increased brand awareness as the main KPI they used to measure their most recent campaign, followed by measuring shifts in brand perception (25%). The first engagement metric comes in third with ‘time spent with content’ being used by 20% of respondents as their main KPI.

Content-led advertising set for continued growth: The good news is that content-driven marketing will continue its ascendancy, with 78% of respondents(and 85% of agencies) believing it will grow over the next two years, 18% feeling that it will stabilise and only 5% that it will decline. Agencies may have been later to market in developing their own brand studios and so are looking to drive more growth in the area but are going to have to work much harder as the market becomes increasingly cluttered. Overall, a whopping 45% of respondents said that >50% of the campaigns they work on are now content-driven.

Getting the environment/platform right is biggest contributor to a campaign’s success: Seventy-one percent of respondents scored story as the most important factor when creating a content-led campaign, followed by authenticity (62%) and creative execution (38%). However, when drilled further on what factors contribute most to a campaign’s success once the story has been created, 66% of respondents said that matching the environment/platform to the audience is the single biggest contributor. The second highest scoring factor was brand alignment, meaning that the content has to make sense for the brand or product. Third on the list was ‘content with rich legs’, whereby content is ‘evergreen’ and so stays relevant for a long time.

Short form video is biggest trend but VR/AR the most exciting: The strongest trend for content over the next 12 months is the use of short form videos, with 69% of respondents predicting they will be using them more. This is likely to be in a bid to improve completion rates but will be challenging for agencies and media brands tasked with building compelling and engaging stories in under 60 seconds – and some say this tackles consumer engagement the wrong way, with more informative and entertaining content being a better solution.Looking at other trends, 58% predict the use of more editorial style content and 56% expect to increase their use of social media posts.

When asked for the content marketing trend that most excites them, VR (virtual reality)/AR (augmented reality) received the highest number of mentions, followed by audio/podcast/voice-related content and the opportunities afforded by personalisation, strategy and data.

A credible editorial environment is key: However, the excitement around visualisation techniques like VR appears to be ahead of reality. When asked about the factors to look for when selecting a lead media partner, their ability to offer VR came last, only named by just under 3% of respondents. In fact, top of the list at 72% was provision of a credible editorial environment, followed by quality of audience engagement at 65% and audience profile at 63%. Alex Delamain, newly appointed President of the World Media Group and SVP, Head of Client Sales and Services at The Economist, says,“The fact that advertisers and agencies expect investment in content-driven marketing to grow reflects our own experience at the World Media Awards where we have seen a rise in the number and quality of entries we receive every year. But what is really interesting is that they are recognising the impact of quality journalism on content campaigns. This sentiment matches independent research carried out by Moat last year which confirmed that readers display higher attention levels when viewing content within a trusted editorial environment.”

Who’s to blame when content campaigns go wrong?: While the World Media Awards are looking for entries from campaigns that are at the pinnacle of content-led, cross-border campaigns, at the other end of the scale it is interesting to look at who is seen to be at fault when campaigns fail to deliver. It seems that in this case everyone blames everyone else. For advertisers the blame lies predominantly in failings with the creative (32%). However, agencies blame poor strategy (30%) and lack of media support (22%), while media brands see the fault also lying in poor strategy (37%) or being given a bad brief (21%).

About the research: The World Media Group carried out the online survey from 5th November to 5th December. There was a total of 176 responders, with 86% from Europe and the remaining 14% from the USA/Canada, Australasia, Africa and the Middle East. Respondents were key influencers with 48% from agencies, 37% from media brand studios, 13% were advertisers and 3% were consultants.

About the World Media Group: It is a strategic alliance of the world’s leading publications which incorporates The Atlantic, Bloomberg Media Group, The Economist, Forbes, Fortune, National Geographic, Reuters, The New York Times, Time, The Wall Street Journal, The Washington Post and associate members: Moat,Smartology and The Smithsonian. Its aim is to promote award-winning journalism and the role of international media. Visit www.world-media-group.com for further information.

One of our judges, Matthew Wellington from @FT, has shared his thoughts on what he will be looking for in a winning entry #WMAwards21 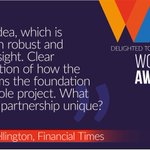 This week the World Media Group held a insightful webinar on Sustainability, here are the key takeouts;

If you missed it or would like to listen again, go to; 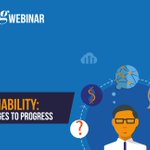 A big thank you to our fantastic panel today and to everyone who joined us! The full webinar and key takeouts will be available soon! #wmgsustainability 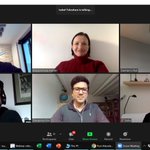 Daily news and commentaries for media, marketing and advertising professionals looking for the most comprehensive industry coverage. 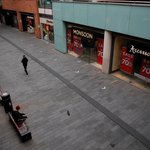 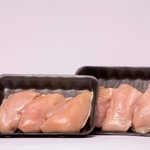